Are you old enough?

We sell alcohol on this website and require you to be at least 18 years of age to use it. Click Enter only if you are at least 18.

Your cart is currently empty. 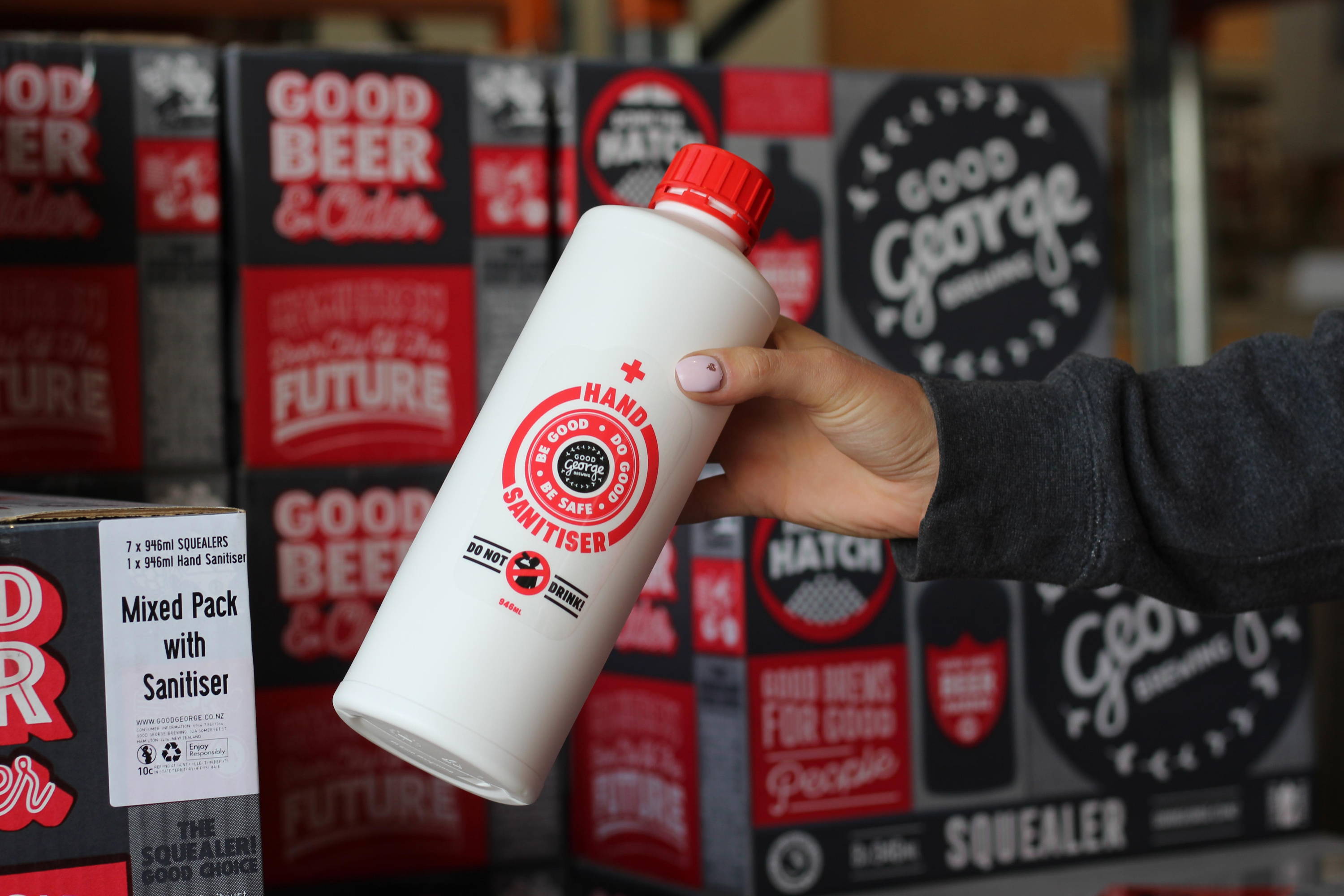 You may have heard through the grapevine that we've started to distill trial batches of hand sanitiser. Good news travels fast, but not as fast as our team who are rolling up their sleeves and putting our distillery to a different use. Watch this space for news on how we're going to be sharing our latest creation! 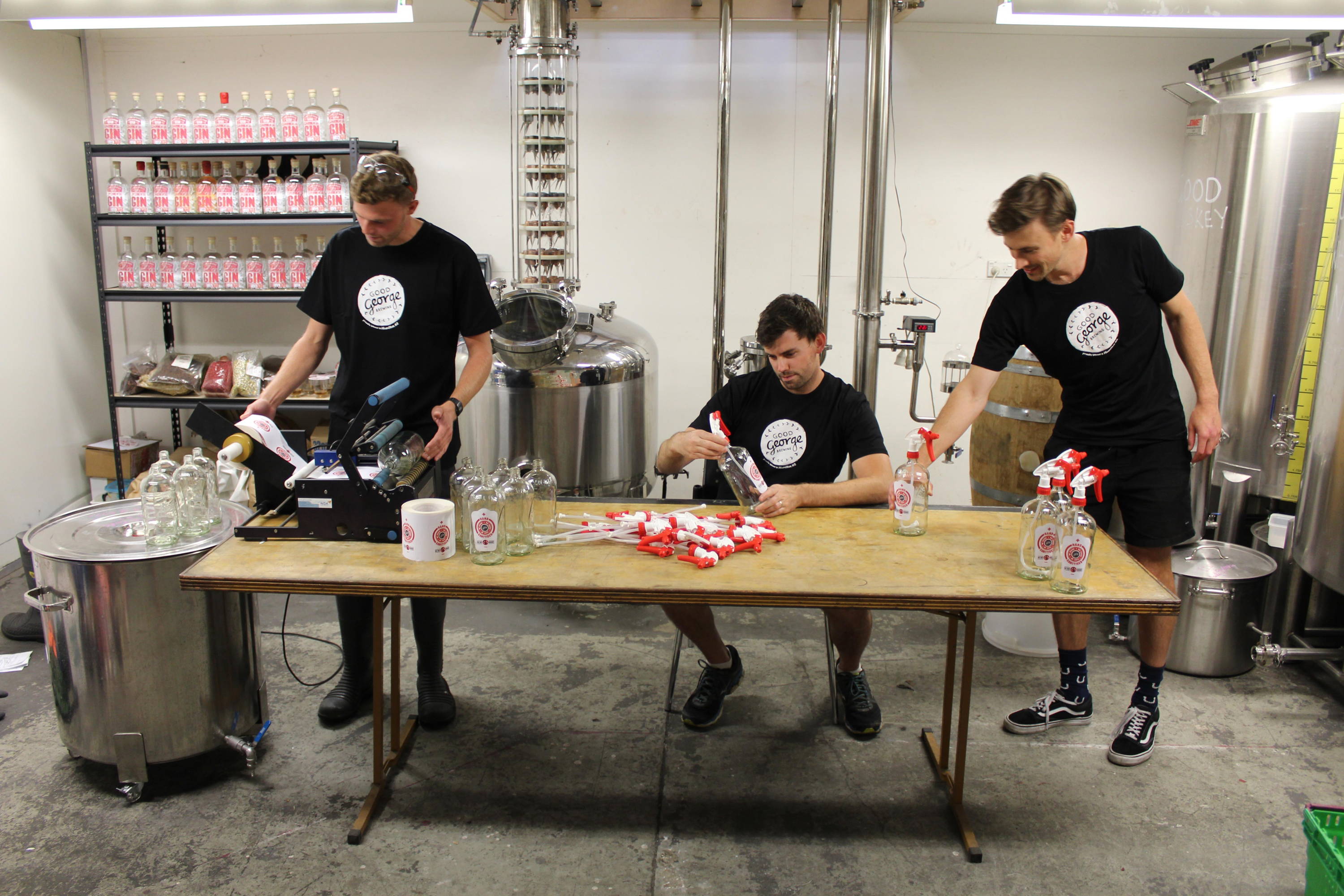 Hamilton-based brewery Good George Brewing is switching some of its distillery to make hand sanitiser, in response to shortages across the country.

"We've decided to change lanes this week and put our distillery to a different use," the brewery posted on social media.

"We're kicking off trial batches of hand sanitiser so that more Kiwis can stay safe. Wish us luck, how hard can it be?" The brewery, well known for its craft beer offerings, set up a distillery where it has been tinkering with making gins and other spirits for the past few months.

With the coronavirus pandemic leading to an unprecedented demand for hand sanitiser in New Zealand, the Hamilton brewers decided to put the distillery to use for the greater good.

"We got the idea from a customer who said they saw others doing it overseas so we looked into it and decided to give it a go," Good George Brewing owner Jason Macklow told the Herald.

"We've got a still onsite in Hamilton and we make gin and whiskey in it. We're about 10 months into our whiskey programme."

Desperate times call for desperate measures and, experiencing the hand sanitiser shortages firsthand when he tried to buy some for the team, Macklow decided the whiskey was going to have to wait.

Today is day two of the first trial batch of hand sanitiser and, all going to plan, Good George expects to have 1000 litres of this suddenly much sought after commodity ready by Monday.

"We're speeding through it and converting some gear to be able to manage it," he said.

"Our goal is to continue doing it as quickly as we can."

The brewery owner says the company is not going to solve the shortage of hand sanitiser in New Zealand but it is doing its bit to help. "My personal experience was that I couldn't get it for the team because people are stockpiling it and, excuse my language, that's pretty f****d."

After failing to secure sanitiser for the team, the brewers decided it was time to make their own.

The first batch will be free of charge and Macklow says it will go to everyone in the team, to the Good George pubs, where customers can use it, and to locals in Hamilton who might be in need of sanitiser.

As for the following batches, he is not sure whether it can stay free but hopes to keep it affordable and accessible to anyone who needs it.

Those are details to figure out soon but, for now, the company is going full tilt on figuring out how to distribute it. "We are unsure how distribution is gonna work. I think demand will be really high, unfortunately, we're just working out how we can make loads of it," Macklow said.

"We've reached out to some suppliers who might be able to help us do bigger quantities. This first batch is to fill the gap, then we will work out what we can do."

As is the true Kiwi spirit, Macklow says, for now, they're just head down focused on "getting it done". George and the Sour Peach If you’ve been by the distillery lately, or peeked your head round a certain corner during a brewery tour, you would... Our Day Off Gin has just won itself a gold medal at the New Zealand Spirit Awards! To say were... Let’s talk about Feijoas, the tangy, tart fruit that invades our backyards this time of year with a rainfall of...